As patient discomfort is minimized and recovery time shrinks, more surgeons are trying it—and many prefer it to LASIK.

As a patient-pleasing refractive procedure, LASIK has been hard to beat. Some other ablative procedures have offered equally good visual results, but most have had comparative drawbacks such as greater patient pain or longer healing times.

Now, advanced versions of epi-LASIK (in which an epithelial flap is mechanically pushed back using a blunt, plastic oscillating plate, followed by laser ablation at the surface) are eliminating many of these drawbacks. These improvements have made believers out of many surgeons and 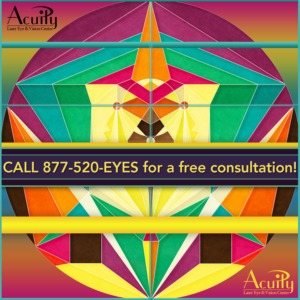 their patients. If their enthusiasm is any indication, this could signal the beginning of a major shift in the marketplace.

To find out more about the latest iterations of epi-LASIK, we asked five experienced surgeons to share their experience and insights in response to four questions: Why did they decide to shift away from LASIK toward epi-LASIK? How do they minimize patient pain and prevent haze? Should the epithelial flap made during epi-LASIK be replaced on the eye or removed? And what pearls could they offer to help make epi-LASIK more efficient and successful?

The Move to Epi-LASIK 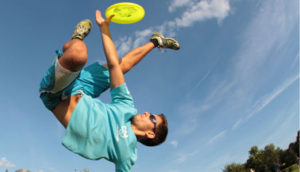 Most of the surgeons we spoke to began using epi-LASIK because some patients were poor candidates for LASIK; eventually, they ended up favoring it. Rick Milne, MD, who is in private practice at the Eye Center in Columbia, S.C., is a case in point. Dr. Milne has now performed close to 1,000 epi-LASIK procedures; his practice was one of the 10 international investigational sites for the prerelease of Moria’s epi-K system.

The epithelial sheet made during epi-LASIK avoids a host of potential flap complications associated with LASIK, and many surgeons now believe removing it speeds healing.
Barrie D. Soloway, MD, FACS
“Ninety-nine percent of the laser vision correction I do today is epi-LASIK—specifically, a version that most people are calling ‘advanced surface treatment,’ or AST, in which you completely remove the epithelium,” he says. “Initially, I reserved epi-LASIK for patients who weren’t good LASIK candidates, but they did so well that I kept finding more and more excuses to ablate the surface instead of performing LASIK. Eventually I asked, why am I still doing LASIK at all?”
Dr. Milne and others we interviewed mentioned a number of specific reasons they’ve come to favor epi-LASIK:

Richard Rashid, MD, associate clinical professor of ophthalmology at the West Virginia School of Medicine in Charleston, estimates that he’s performed more than 500 epi-LASIK procedures, and says that in the past year he’s done about 75 percent epi-LASIK (with flap removal). “LASIK has a very low rate of complications,” he notes, “but 90 percent of the complications that do occur are associated with making the flap, postop slipping of the flap or epithelial ingrowth. Epi-LASIK avoids all of that. And it’s a safer eye in case of trauma in the future.”

• More patients can be treated

Epi-LASIK can be used to treat many patients with thin corneas who would have to be excluded from LASIK treatment.

Mark A. Swanson, MD, director of the Swann Institute in Sonora, Mexico and Douglas, Ariz., says

his group has performed more than 800 epi-LASIK surgeries to date. “In my practice more than 40 percent of our procedures are epi-LASIK, and the number is growing,” he notes.

One of the reasons he lists for this shift is that making a LASIK flap can, in rare cases, compromise the biomechanical strength of the cornea, whereas epi-LASIK does not. “I’ve checked that with many instruments, including Reichert’s Ocular Response Analyzer,” he says. “This can be especially important when the patient has glaucoma. Epi-LASIK avoids weakening or thinning the cornea further, so we can continue to accurately monitor IOP.”

• Healing is better and faster than with PRK and LASEK

Dr. Swanson notes that some surgeons wonder why purchasing an epikeratome is necessary. “We compared a normal PRK to epi-LASIK done with a keratome,” he says. “We found that it’s better to take the epithelium off with the tool rather than the solution used in PRK. The reason is that the healing is a lot faster and discomfort is almost nonexistent, especially with the medications we use.”