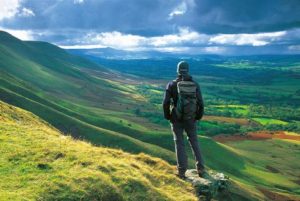 All human eyes suffer from optical aberrations or distortions. Most people have mainly lower-order aberrations; myopia or near-sightedness, hyperopia or far-sightedness, and astigmatism. These are easily corrected by glasses, contact lenses, or standard laser vision correction procedures such as LASIK, PRK or Epi-LASIK.

Before the laser vision correction procedure the information about the anatomy of each eye derived from the wavefront map is transferred and loaded into the excimer laser. The laser ablation pattern used to reshape the cornea then includes both the refraction used for standard laser vision correction, and for the higher order aberrations identified on the map.

Specifically, higher order aberrations are often described as the inability to see well in low or dim light, ” This is referred to as poor contrast sensitivity,” said the late Roger Steinert, MD, who at the time of his death was the vice chair of clinical ophthalmology and professor at University of California Irvine. Bright lights can also be a problem with higher order aberrations, particularly when the pupils are more dilated at night. This often manifests as glare, halos, spoking or starbursts around lights.

“Prior to the advent of wavefront measurements, there wasn’t anything we could do to measure or treat higher-order aberrations,” Steinert said. “With this technology breakthrough, we can now measure these disorders, show the patient what’s going on in their eye, link that information to the laser, and actually correct higher-order aberrations that diminish contrast sensitivity. Wavefront technology enables the surgeon to improve overall vision quality better than in the past.”

STUDIES ON WAVEFRONT-GUIDED LASIK & CONTRAST SENSITIVITY
While visual outcomes as noted on familiar eye charts can be similar for wavefront-guided and conventional LASIK, research has linked wavefront-guided procedures to better results in areas such as improved contrast sensitivity.

A study reported in June 2009* found that 84 percent of 324 eyes that underwent wavefront-guided LASIK procedures for myopia with or without astigmatism achieved 20/20 uncorrected vision or better. In specific tests measuring contrast sensitivity and night vision, significant improvement was noted. Custom LASIK was found to induce certain types of aberrations, which did not appear to affect good visual outcomes.

In August 2004, the U.S. Navy announced that patients at its refractive surgery center were achieving better distance vision and night vision after custom LASIK than after traditional LASIK.

In a small study, 88 percent of contrast sensitivity measurements improved after wavefront-guided LASIK, while only 40 percent improved after regular LASIK. This was one month after surgery. Uncorrected visual acuity of 20/20 or better was achieved by similar numbers, however: 72 percent of the wavefront group and 70 percent of the regular LASIK group. The study was published in the March 2004 issue of Ophthalmology, the clinical journal of the American Academy of Ophthalmology. Many people, however, have higher-order aberrations which cannot be measured with a standard refraction or treated with glasses or contacts. They are measured by scanning the eye with a computerized instrument called an aberrometer, which measures the total amount of aberrations in the eye, including the familiar refraction, and transforms this data into a wavefront map.In most cases, improved visual outcomes with regard to night vision with use of wavefront-guided LASIK appear to surpass results that can be achieved with conventional LASIK.
‪